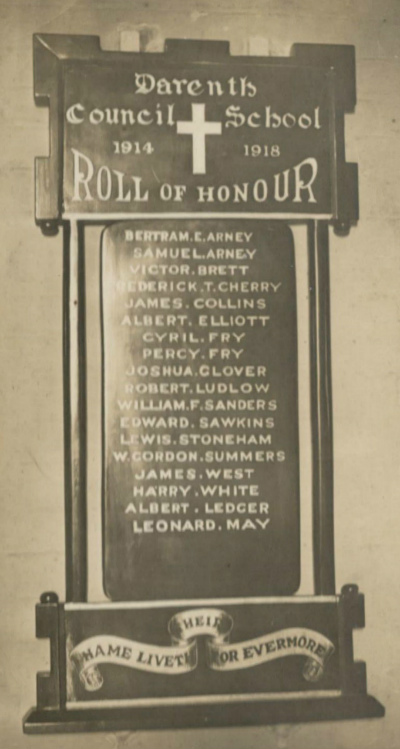 A fascinating timeline has been drawn up by Kent History & Library Centre showing what life was like during for pupils and teachers during the First World War.  However, the significant fact about this timeline is that the backdrop is a photo of Jack Kadwill, Head Master and local Scout Master with a group of his pupils from Sutton at Hone National School.

KENT SCHOOLS DURING THE FIRST WORLD WAR
This timeline draws on information from entries in Log Books for Kent Education Committee schools. These Log Books are held at the Kent History & Library Centre in Maidstone.
School Log Books were written up by Head Teachers weekly, and sometimes daily, to record attendance figures, occurrences and activities in schools. The Log Books from the First World War era which are held at the Kent History & Library Centre are a valuable source of first-hand information, showing how the war impacted on everyday life in Kent towns and villages during the war years and immediately afterwards.