Douglas John Macpherson was born in Hawley,  joined the Royal Navy in 1926, and married in November 1934 at St John’s to Florence Amy Docksee, and the couple had two children. At the time of his death, Douglas’s family were living in Bexley.

Douglas was serving on HMS Boadicea, which had been in Chatham for a refit since the beginning of May 1940, and on the 9th June HMS Boadicea set sail for Le Havre, France to assist in the evacuation of British troops. On the 10th June, the warship was severely damaged by Junkers Ju 87 “Stuka” dive bombers that knocked out her engines and boilers. Douglas was an Engine Room Artificer 2nd Class, and so was probably killed during the raid.  He was buried at Alverstock Cemetery, Gosport. 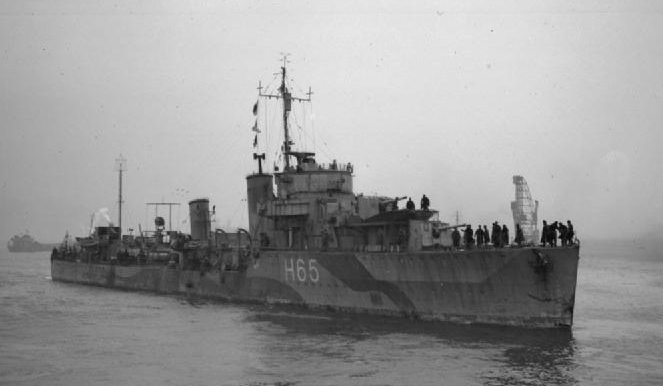 Richard Swaffer was serving as a Driver in the Royal Army Service Corps, and died during the retreat, his date of death is given as between 31st May and 1st June 1940.  He is buried in the De Panne Communal Cemetery in France.

Donald Eastburn Waterman was a 2nd Lieutenant in the 140 Field Regiment, Royal Artillery, having been a member of the Honorable Artillery Company before the war.  His father was Bertie Waterman, a well known Dartford Auctioneer, who lived in Wilmington (Donald is commemorated on the Wilmington War Memorial), and his mother helped raise funds for a Comfort Fund for troops in Wilmington. Donald was married, and he and his wife Chloe were living in Sutton at Hone in 1939.

Donald died between the 28th and the 31st of May and is buried in Dunkirk Town Cemetery. His death was not confirmed until October 1940.